I’m a bit like a blank canvas currently, feeling like I am in a void. Letting go of the old, yet the new is still yet to emerge. I get an inkling of it – the feeling inside that knows I am headed somewhere, yet my external reality does not consist of the same certainty, so my ego wants to doubt it.

A few weeks ago, I saw a Wearing your Worth™ client going through a similar pattern of letting go of the old, which was materialising as intense and uncomfortable feelings. It often happens like that for me too, when I am ready to let go and move on, I feel like it is so in my face and the battle between the resistance of letting go and the drawing nearer to a future not yet in full vision is almost unbearable – like a tug of war, that is happening silently within me.

Through our session it became obvious that my client, Sally*, was in a transition of her own, moving from old deep seated patterns of being there for others yet not for herself, and these were no longer serving her. The new was there, in her heart and appearing in front of her as new choices, yet her fear of leaving the old was holding her back and keeping her stuck at a cross roads. A lack of trust in her gut feeling, her intuition. It was keeping her in struggle, another old pattern that was up for review.

This pattern of transition was showing up prominently in her wardrobe.

Sally had bought three dresses just prior to Christmas on a whim as she was on her way to the train station after a day of Christmas shopping. Although now months later, two of the dresses were still in the bag. The third dress she had worn on Christmas day, yet afterwards had decided that it looked like a ‘sack’. Disappointed with her impulsive choices, her shame had stuffed all three dresses back into bags … and had hidden them, even from herself since that day.

During our session Sally was noticeably uncomfortable about the reveal of these dresses. She brought the dresses out of the bags and a look of embarrassment swept across her face, as she held them up.

The dresses were all colourful, stylish and so represented the NEW her that was attempting to emerge from behind the shadows of the past. They were beautiful, each dress had an individualistic and colourful streak that reflected the same elements that were laying somewhat dormant within Sally, screaming to be expressed; they had the creativity and joy that was wanting to control more of her life and choices. Yet sitting in those bags for months now, they had been abandoned and left incarcerated with no expression. This was a depiction of what was happening in Sally’s life. The only thing stopping her was fear. Fearful of expression, fearful of being exposed for the beautiful authentic woman that she is. Fearful of being different. Fearful of making choices that honoured her own desires. Fearful of stepping into the colourful and fullness of the new and expanded her.

The old her that had taken up residence within her mind set (even though the eviction notice had been sent out months ago) had been playing every trick in the book over the last few months, to assure her that she had made the wrong decision in the choices of the dresses. It relentlessly let her know that she was impulsive, bad at making choices, what was she thinking? Yet beneath that noisy head talk was a quiet and knowing part of her that was aligned with introducing to herself, and to the world, the new and commanding Sally. And on this day, the time had come for a new Sally to take the next steps in allowing and embracing the highest potential of herself.

She put the dresses on one by one and her being lit up. The look on her face reflected in the light that magnificently emanated from her, she was surprised that she was allowing herself to feel differently about them. Following an insightful discussion, her energy within the session had momentarily caught up with her confident self that had originally bought the dresses, and despite being locked up since that day months ago, there was a reconnection with that energy now, a movement into the new her, that had been silently awaiting expression.

Our clothes are so much more than purely garments we wear, either for practical or stylish reasons. My experience with myself and my clients, tell me that the patterns we play out in our wardrobes, be them conscious or unconscious, are directly related to the same patterns and mind sets in our everyday lives. If we use our wardrobes as a roadmap to explore our mindsets, to discover where we are at and to connect with the authentic beings that we are, then we can powerfully influence the expression both internally and externally of our most commanding, confident and authentic Self.

What is your wardrobe telling you?

*Sally is not her real name. 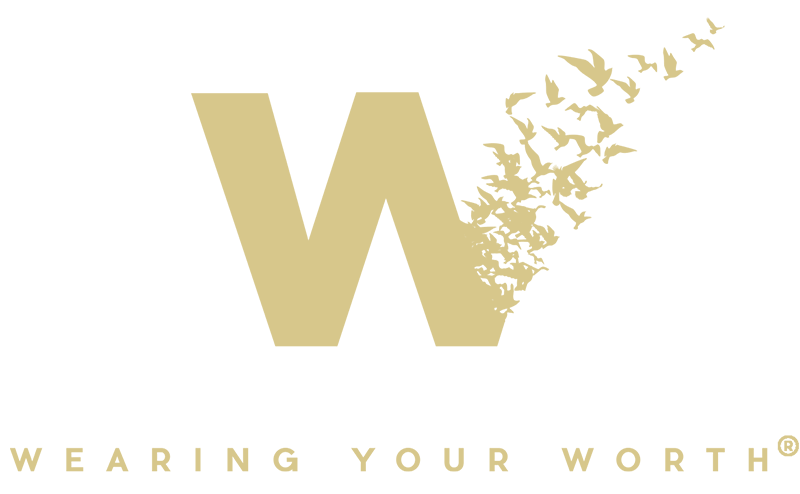